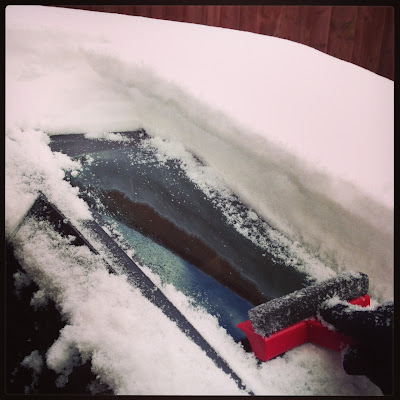 Last week I wrote a blog post...okay, okay, I kind of wrote a blog post as the majority of it was a copied and pasted email from my gorgeous husband, Matt, telling me how much he loved me etc. I hold my hands up...I was a lazy blogger!

Anyway, after I'd posted it I was asked if Matt minded me posting personal things on my blog.

It got me thinking.

The thing is, Matt knows about my blog and 100% supports it. In fact, when I was thinking of packing it all in after only a couple of months of blogging, he was the one who made me stop pressing delete and boy am I glad he did!

I blogged the letter because, as I said in the post, I wanted to document it for me and the kids. I wanted to record just how lovely my husband can be...when he's not leaving the loo seat up or secretly eating chocolate, that is! 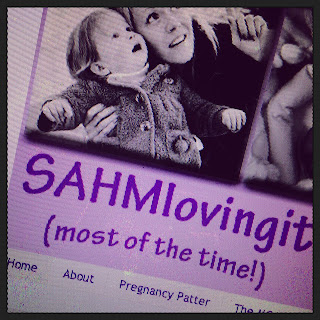 I may not blog as much as I used to but I still love it.

Blogging has given me an outlet in which to share my thoughts and feelings, a place to talk about being a stay-at-home-mum and it's brought me new and very dear friends both virtually and in real life. It's my little piece of cyberspace which will grow with me and my family. It's a place to leave my mark. A place where I hope my children will come to when they are old enough to read about their early years. It's my little corner of the Internet which is mine.

Matt knows that a lot of what goes on in my life goes on my blog. Obviously there are certain things I don't blog about.

I don't blog about our sex life (which is great, if you must know! MC and TC, if you are reading this, please don't be too freaked out by the thought of your Daddy and I doing the bad thing *ahem*), I don't blog about any major current health issues or worries within my circle of family and friends, I don't mention my children's names or friends and families names (Matt being the exception) either. A lot of blogs I see or read do these things. This is a personal choice but it's just something I choose not to do.

But that's what makes blogging so great.

Each and every blog is unique in its own way and that's what I love.

I love the openness and support that blogging offers. I love how you can think you're the only one thinking something then you realise you're not a loon alone after-all.

I do share quite a lot on my blog but I now have 2 years worth of memories, stories and photos to look back on.

I blog with openness and honesty about my life and I wouldn't have it any other way. 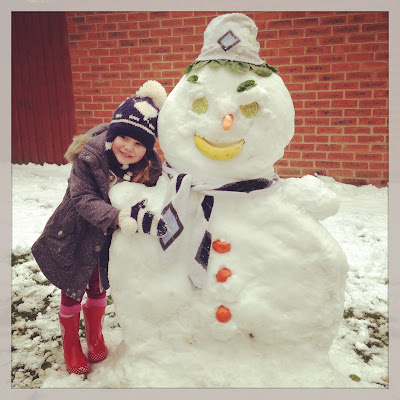 Love Letter Straight From The Heart

Well, I thought it was straight from the 'drink' but nope, Matt wasn't drinking last night.

He's been away the past 2 nights. MC was ill Monday and Tuesday (yes, 4 days back in school and she's ill already!) and then TC decided to suddenly become intolerant to strawberries (I think) last night and spent an hour early on chundering his guts up.

Anyway, this morning I awoke to this email on my phone. I'm posting it so the kids and I have a record of just how incredible their Daddy is (and what a softie!).

Hi only me.
For some reason I'm wide awake. Mind has gone into overdrive.

I'm also craving food, had a toby carvery for dinner as it's next door and I'm still hungry now.

But while I'm awake I just wanted to tell you how much I love you and how much you mean to me.

I know life sort of takes over and with work and then the kids demanding time it's hard to make time to tell you this but you along with TC and MC are everything to me.

We would be lost without you, all the stuff you do for us, cooking, cleaning, shopping, washing etc. I know it doesn't do itself and I would hate for you to think I take it for granted. You also do an amazing job of bringing up the kids and the reason MC is so advanced is all down to you, I still find it hard to believe she is only 3 and I know TC will be the same.

You won't believe me but you look great and I find you even more attractive than when we first met given all we've been through together.

I am so lucky to have found you and really am looking forward to Disney again. It still hasn't sunk in yet that we are going again so soon but I can't wait.

We also need to book Upstairs at the Grill as a steak warmup prior to going.
Let's book that before the end of the month as I do miss quality time with you. I really enjoyed our trip to Liverpool together and perhaps when TC is a little older maybe we can go away for a night while the kids stay with your Mum and Dad.

I'd like us to go out at least once a month if not more, we haven't done The Stables and I'm not bothered about drinking so we can drive but just getting some time together would be nice.

Anyway hopefully TC is ok now and you are fast asleep.
I miss you all loads but should be home mid afternoon all being well tomorrow.

So, I guess posting this also answers the question from my last post. We are off to Florida again! It actually took almost a week of discussions but we know we've made the right decision.  It's a rather indulgent thing to do and I do feel guilty that we are going again given so many people go as a once in a lifetime trip but life is definitely too short to scrimp and save and sweat the everyday life. It's for living!

Can't wait until he's home later. This was an amazing email to wake up to. He's such a great husband and Daddy.

Well, either that or he just wants to get in my knickers tonight! ;-)

'Life's Too Short' is a phrase you often hear. It's a phrase that's heard when you can't make a decision on something, usually a treat, that has you battling the extra expense etc.

I'm facing such a battle at the moment.

Regular readers will know that last January, when I was 27 weeks pregnant with TC, we went to Orlando, Florida for 3 weeks. It was incredible. None of us wanted to come home, even after 3 weeks.

It was a fairly last minute decision for such a big holiday. A lot of people plan a trip over there years in advance but we booked it just a couple of months before. The thing about my husband is, he sees an opportunity and he grabs it with both hands. The company where he worked (he's since left) has a number of gorgeous houses and condos he could get for less than £100 a week - we are talking 3 and 4 bedrooms with swimming pools. He thought, once TC, was born it would be at least another 2 or 3 years, if not a lot longer, before we could do anything like it again so he went for it.

He's now looking at going back...

I knew this January would be a bit hard. It's the anniversary of our trip and he keeps reliving it - as we all do. Even MC still talks about it now! I can't watch the videos of our trip without getting emotional about it all.

Anyway, it's no secret, Matt and I absolutely love to travel and since having children our travels have been slightly less adventurous - opting for a villa in Lanzarote or a farm in Tuscany over a Route 66 road trip or the Arctic Circle to see the Northern Lights. America is a great love of ours. We've been to many States (we both have family over there) and so to get the chance to go to Florida was a big treat!

The thing is, he can still get the cheap accommodation as he has a few shares in his old company so he logged on last night, on a whim, to check availability.

"Hey, if it's all booked then it wasn't meant to be" he laughed.

I'd heard this before. This is exactly how the conversation went just before we booked the last trip!

"It looks like the condo is available in May for 3 weeks".

He then says he better just double check with them and drops them an email.

Then he's online looking at costs of flights and car hire. I go to bed last night with my head spinning.

6am this morning I'm woken by his voice.

"They've emailed me back. Those weeks are available".

I'm having quite a hard time with what to do for the best. I didn't think we'd be going again until maybe just before TC's 3rd birthday (the same age MC was when we took her), if not longer. I would love to go - it's an incredible place - but TC will only be 13/14 months old. I know he'd love it but he won't remember a thing about it. I'm not worried about the flights as, apart from the odd bout of bad teething, he's the worlds most chilled out little baby but I am worried about the heat for him.

However, one thing is eating away at me.

One thing is telling me to stop being silly and just DO IT!

A couple of weeks after we got back last time I wrote a post 'A Beginners Guide To Orlando And Walt Disney World'. It was a post that sparked quite a bit of attention and discussion on my blog and across Twitter. Funnily enough, it's a post that has been my 'most popular post' for the last couple of weeks. When I saw it pop to the top the other week I began to think about the people who were using it to plan their trips. Then I started to scroll through the comments.

One stuck out a mile and had me crying at my laptop.

A comment left by Kerry (aka Multiple Mummy) who passed away at the age of 30 (with 3 children all under the age of 5) only a month ago.

I haven't told Matt yet but Kerry's words are getting to me.

You really never know what's round the corner.

Matt and I are going to talk it over tonight and make a decision but something tells me that life is definitely too short to let opportunities pass you by. 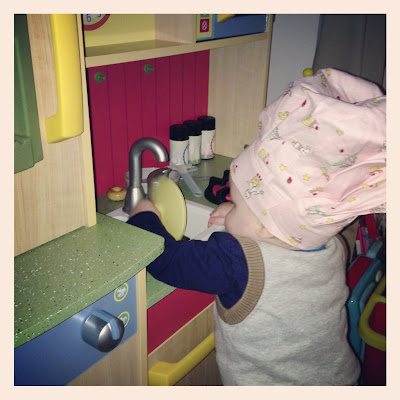