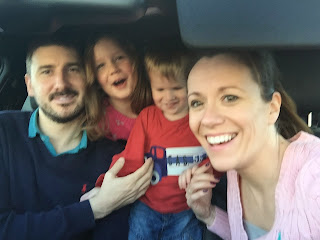 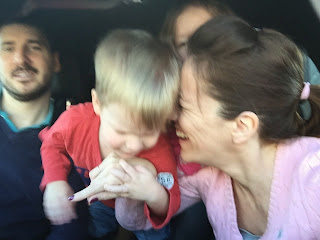 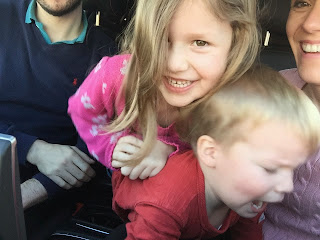 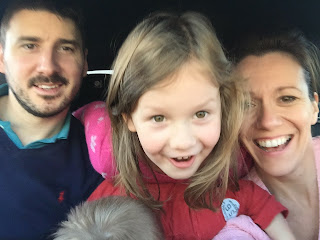 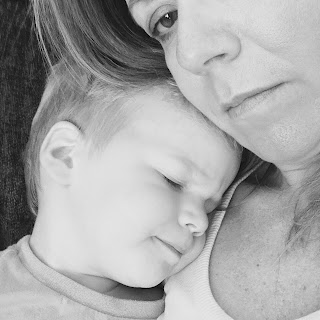 Tiny Ched is my youngest.

Maybe it's my fault he's the way he is?

Maybe because I know I'm not having any more babies I've somehow made him more clingy.

He's a mummy's boy through and through.

"Want mummy to dress me!"

"Want Mummy to sit there!"

It's both lovely and exhausting in equal measures.

Maybe it's a boy thing?

Maybe they are more dependent on their mothers?

Sure, she used to want me a lot but she was never this bad. She certainly never used to have to be physically peeled off me at the doorstep of play school.

Yes, TC has started going to play school. The same one that MC attended a few years back. The same women run it and I know how great it is there. The gender split is somewhat skewed there though.

"I think there was a 'boy boom' around here two years ago" they said to me as they signed him up before half term. "We have 18 children and only 4 of them are girls".

I think this could be where some of the problem lies. I'm not sure. TC is used to more female biased company. He spends a considerable amount of time with me and with MC. Also, he's certainly never been thrust into a situation where he's surrounded by 13 other boys - a couple of them boisterous at that.

Yesterday was only his 4th time at play school and I realise it's very early days but it was a particularly heart wrenching morning at the drop off. He started before we've even got out of the house...

Refusal to put his shoes and coat on.

Refusal to get in the car.

Outside the gate he's sobbing. Not screaming or kicking. Just loud heart wrenching sobs and tugging at me to walk him away from the door.

The delivery of my boy is quick.

As he's peeled from my arms he turns to me. Snot and tears fill his tiny face and he shouts "MUMMY!" with a look of terror one last time before they take him inside and I walk away.

I keep walking to the car.

I don't look back.

Snot and tears begin to fill my face.

I feel like the worst mother in the world.

I remember MC had a few wobbly moments. Half an hour later I would get a text message from play school to say she was fine. Sometimes they'd even send me a photo of her playing happily.

Not this time though.

They never text me about TC.

Because they know, and I know, he's not fine.

Maybe it's my fault?

Maybe it is something I've done as a stay-at-home mum?

Maybe it's just a phase?

Maybe he'll grow out of it?

What I do know though, is that having a mummy's boy is messing with my heart. On the one hand I want him to be independent but on the other I love the fact he wants me and I never want to let him go.